Philippe is a chef de cuisine whose reputation extends far beyond the borders of Switzerland, and he is the owner of Domaine de Châteauvieux in Satigny near Geneva. Philippe Chevrier and his team were awarded a first Michelin star in 1991, and a second three years later in 1994. In 2002, the influential Gault-Millau restaurant guide awarded them the maximum score of 19 points out of 20 and Philippe was named Chef of the Year. His restaurant is listed in the Grandes Tables de Suisse, Grandes Tables du Monde and Relais et Châteaux guides.

In his constant quest for the perfect product and inspiration that will guide him towards a novel flavour, Philippe Chevrier often combines his personal and scuba diving holidays with business travel – for example, in Tahiti, “looking for an exceptional type of vanilla unearthed on the island of Tahaa”. To find his spices, he often travels to North Africa. Thinking back to a trip to Africa, he remembers falling ill with a serious intestinal problem whilst in Tanzania. Fortunately, as a member of MFO under the care of Dr Patrick Praplan, who knows his medical history and allergies, he had in his luggage an emergency MFO suitcase containing emergency medicines. After a telephone conversation with Dr Praplan, he took the prescribed medications and the problem subsided, allowing him to return as planned on his flight to Geneva. “When I arrived, I was taken to La Tour hospital for immediate care, and put on a drip because I was dehydrated. We really are calmer when travelling with MFO, especially in countries without infrastructure... knowing that a senior medical officer can diagnose our medical problem and respond with proper knowledge is reassuring. It's almost as if we have a doctor with us, so there is no longer any apprehension about health problems before departing. If you do not need it, even better... but if so, it is an incredible asset."

About to leave for New York to participate in the marathon, Philippe will be carrying a part of the MFO suitcase with him. "Even with all the medical facilities available in the United States, you are still happy to have the advice of your Swiss doctor – the person who will reassure you the most!" When asked about his favourite source of energy to take him the whole distance, he replied without hesitation: "I run on Biberlis (an almond paste-filled gingerbread cake which is a speciality of the Appenzell region in Switzerland). I carry two in my pockets for the marathon!" 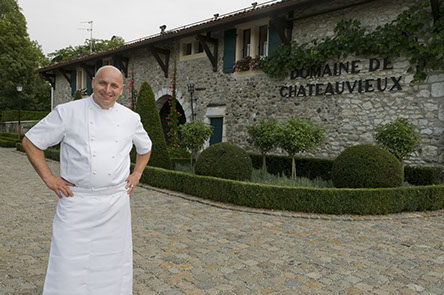 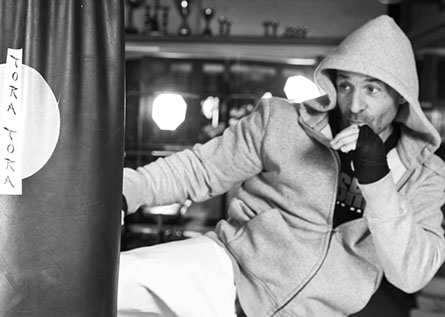 Claudio Alessi, born in Geneva in 1964 and of Italian descent, has had a passion for martial arts and combat sports from a very young age.

Claudio has won many titles at competitions in Switzerland, Europe and around the world. He views his participation in these high-level international events, which have taken him around the world, as “an incentive to embrace other cultures”. In 2003, he decided to withdraw from competition with the objective of passing on his knowledge further. He is a man brimming with new ideas, and has been able to bring these ideas to fruition with, among other things, the Salon de l’Art du Mouvement that takes place every year in Geneva.

Claudio Alessi has also created a method of learning martial arts which is equally suitable for people with disabilities: the Art of Free Fighting (ALC). His goal is to find the most suitable movements for disabled people, by breaking the divide and moving away from the usual procedures for the care of a particular illness, putting science aside and focusing solely on movement.

Claudio continues to travel regularly as part of the implementation of his various projects and to deliver demonstrations, training sessions and courses. But he does not travel alone any longer; he is always accompanied by his MFO emergency case! He first heard of it from Dr Francis Meier, the doctor treating him for a herniated disc whilst hospitalised at La Tour hospital. The doctor explained to him the benefits of having direct access to a doctor from abroad and emergency medicines on hand. He was convinced by the idea and thought that it was innovative, so a few months later, with the famous MFO suitcase in tow, he flew to an extreme karate training camp in the Japanese mountains, 300 km from Tokyo, where temperatures were -27 degrees Celsius. Whilst there, after eating a dish made from bean sprouts and fish, he was suddenly hit by violent stomach cramps that paralysed him. The fish had spoiled... In the middle of nowhere, and despite a very weak telephone network, he managed to reach Dr Meier who diagnosed him with food poisoning and immediately prescribed an antibiotic contained in the emergency suitcase. This rapid intervention helped to eradicate the poisoning and avoided the need to be taken to Tokyo by helicopter.

As a coach and trainer of the Swiss national karate team, Claudio no longer travels anywhere without his MFO suitcase. Thanks to emergency drugs, he can act quickly and treat the injuries of athletes during competitions abroad, “in places where there is sometimes nothing there”. “Everything in the suitcase has a use, and there is nothing lacking. It can be a saviour when difficult situations are encountered in competitions, and can also save lives. It's a smart case! There is a doctor at the end of the line who knows me, available 24 hours a day, 7 days a week. I receive clear explanations on taking medications in my own language. Their ability to diagnose the problem remotely avoids the need for a complicated repatriation, paid for locally. In addition, the medicines contained in the suitcase are the same ones I'm used to in Switzerland, so I'm not homesick! And I can be sure that they're not copies.”

Claudio also appreciates having MFO's services at hand when travelling for pleasure. “When you are on holiday, there is less pressure. If you fall ill, you are able to act immediately as soon as you recognise the first symptoms, so you can have a good holiday!”

To learn more about Claudio Alessi: 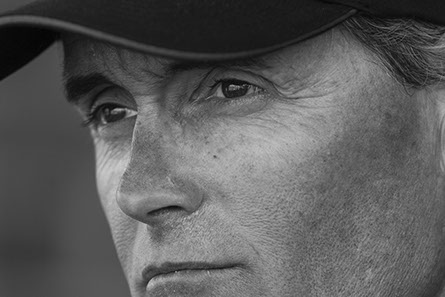 Sir Russell Coutts is a world-renowned professional sailor. “I have earned recognition in my field, with achievements that include a Gold medal at the 1984 Olympic Games, four wins at the America’s Cup, three wins at the World Match Racing Championships, and numerous World Championship titles.

“In New Zealand, I was honored with the Knight Companion of the New Zealand Order of Merit for my performance as a yachtsman and contributions to the sailing world. I love spending time with my family and my favorite sports outside of sailing are golf and skiing.”

Sailing’s most celebrated athlete learned about the MFO project through Dr. Francis Meier, “a fantastic doctor and professional in his field. I got it as a present about one year ago now and I am very grateful for it! Having a “medical kit” with me at all times when I travel, that I know can help me overcome a difficult situation, gives me a lot of comfort and peace of mind.”

Although so far, thanks to his very good health, Russell Coutts did not have to use the MFO services much, he knows that in case of an illness of any sort, he would have direct access to the best specialists’ advice available to him along with the best treatments and medicines.

When asking Sir Russell Coutts if he would recommend MFO, he answers “Absolutely! Being is such good hands is priceless. Health is the most important asset in your life, if you don’t have health, you don’t have anything.” 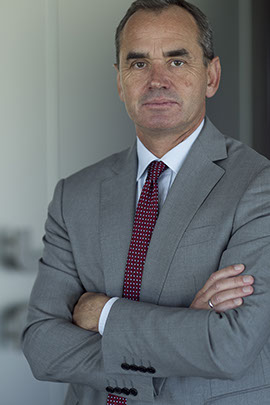 As Chairman of the Board of the family company Lundin Petroleum, Ian Lundin's role in oil and gas exploration and exploitation has taken him around the world over a period of many years.

He is convinced that "you cannot put a price on health", as his father would always say, and Mr Lundin makes sure the odds are in his favour by incorporating a gym workout into his daily routine. Having had the experience of those close to him suffer serious medical problems, the importance of maintaining good health by receiving regular close medical attention has become even clearer to him.

"I first heard of MFO from Dr Francis Meier. Knowing that your doctor can be available at any time, wherever you are, is very reassuring. It is my wife Virginia who took the decision to sign us up to MFO, so that our family could benefit from tailor-made health care."

What Ian Lundin likes most is the personalised aspect of MFO's services, since he has direct contact with a doctor who knows his medical history. "Among the benefits of MFO, I especially appreciate the travel kit, early diagnosis of medical problems and above all, immediate care which also includes appointments with a specialist at the earliest opportunity. I recommend MFO to all those who have a very active lifestyle and who travel mostly in exotic countries."

For more information on Ian Lundin : 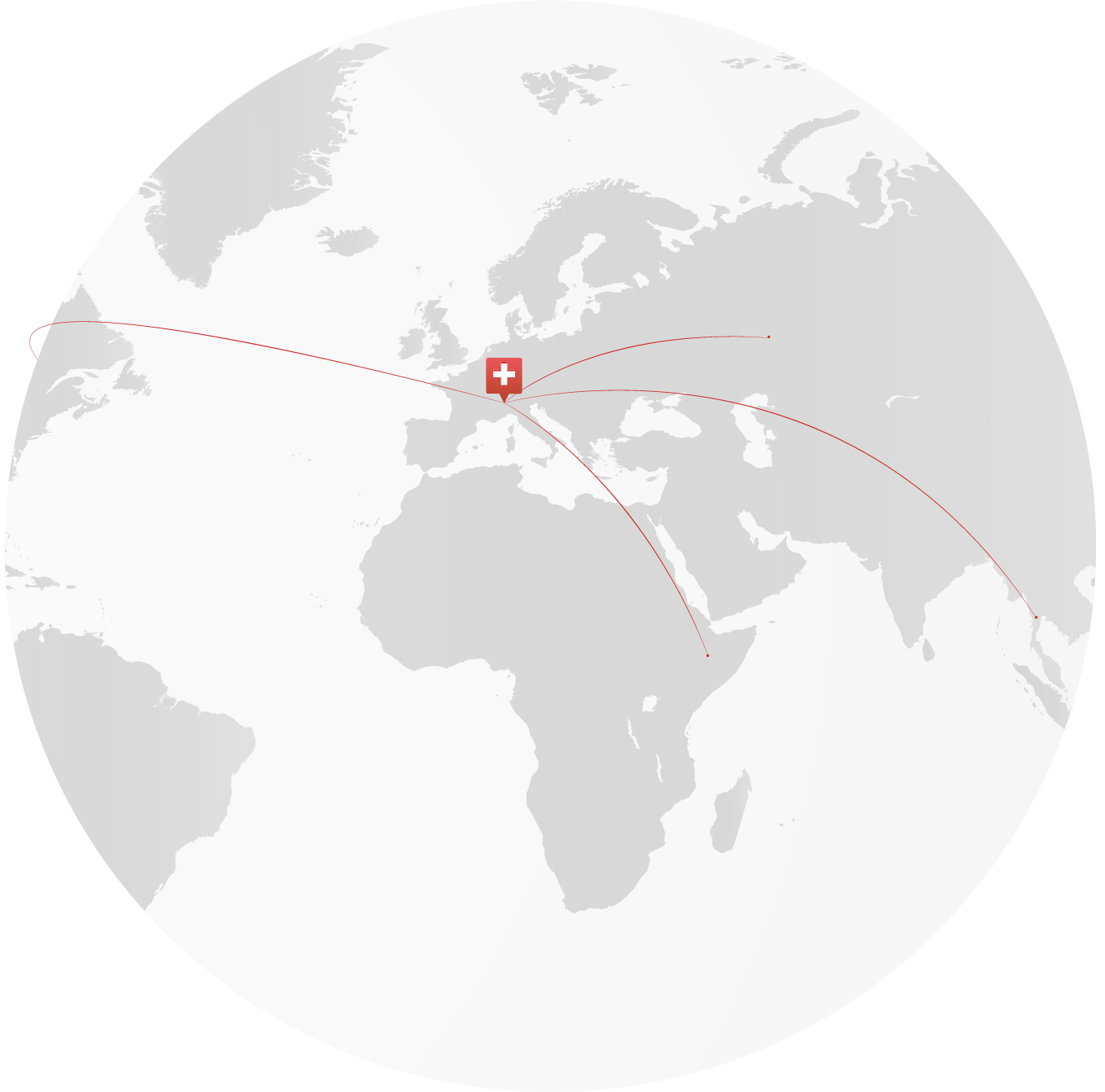